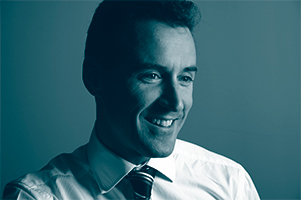 Two recent decisions of the BVI Commercial Court illustrate some important points in relation to the court’s power to stay proceedings in favour of arbitration.

In Artemis Trustees Ltd and others v KBC Partners LP and others (12 March 2013) the claimants sought the winding up and dissolution of two limited partnerships.  There was a dispute as to whether the partnerships should be wound up.  The articles of the two partnerships stated that all disputes should be referred to LCIA arbitration.  The defendants sought a stay under the Arbitration Ordinance 1976 s. 6(2), which (in the case of non-domestic arbitration agreements) provides for the court to stay proceedings, on the application of a party, where a dispute is covered by an arbitration agreement unless satisfied that the agreement is ineffective on various grounds or that there is no dispute.  It was argued that the dispute did not fall within the scope of the arbitration clause and that, in any event, the arbitrator would not have power to grant the relief sought.

The judge held that the dispute did arise out of or in connection with the articles because one side wished to be unbound from partnership ties, whereas the other side did not.  This is in line with the general approach of giving the scope of arbitration agreements a wide interpretation.  The judge also held that the arbitrator would have power to order the winding up of the partnerships.  Although limited partnerships, they were in law the same as normal partnerships and (unlike LLPs) did not have any separate legal existence apart from the existence of their constituent members.  Accordingly, the winding up merely involved the untying of the various contractual and equitable bonds that tied the constituent members together.  The winding up, unlike the winding up of a company or LLP, would have no impact on third parties.  The dispute was therefore within the arbitration clause and there was no reason not to grant a stay to enforce it.

In Re Value Discovery Partners LP (19 April 2013), one defendant (New World Value Fund Ltd) applied for a stay of proceedings brought by the liquidator of VDP.  Two other defendants (KBC and SCI) opposed the stay.  The three defendants were limited partners in VDP and there was a dispute between them as to distributions to be made by the liquidator in the winding up of VDP.  When the dispute arose, KBC and SCI proposed that the matter be resolved by arbitration.  NWVF initially considered this but then rejected the idea and indicated that court proceedings were appropriate.  The liquidator then commenced proceedings.  There was an issue over when the substantive hearing should take place and NWVF applied for a short procedural hearing to refix the substantive hearing.  NWVF then had a change of heart and applied for a stay in favour of arbitration.  The application relied on the arbitration clause in the articles.

However, the arbitration clause only referred to disputes between the general partner and one or more limited partners.  This was a dispute only between limited partners.  The judge therefore held that the dispute did not fall within the scope of the arbitration clause.  In addition, s. 6(2) of the Arbitration Ordinance provides that any application to stay must be brought before taking any step in the proceedings.  The judge held that applying for a hearing amounted to a step in the proceedings, and so it was too late to invoke s. 6(2).  Further, the conduct of NWVF, in refusing arbitration at the outset, so forcing the liquidators and the other parties to incur costs in relation to the proceedings, meant that NWVF was estopped from relying on s. 6(2).

The following are therefore important points to consider when seeking to stay court proceedings in favour of arbitration:

1. check the scope of the arbitration agreement – does it cover the dispute;

2. be careful not to take any step in the court proceedings; and

Postscript: obligations to try to resolve disputes by negotiation – how obligatory are they?

Dispute resolution clauses not infrequently contain, or are made subject to, provisions which attempt to make the parties try to resolve their differences by negotiation before resorting to legal proceedings (whether in court or through arbitration).  Such provisions, though, are typically declared unenforceable by the courts on the basis that they represent an agreement to agree, something which is not enforceable in English or BVI law.  Indeed, the decision of the English High Court in Wah v Grant Thornton International[2012] EWHC 3198 Ch illustrates the point.  Despite a fairly elaborate provision purporting to require negotiation as a precursor to arbitration proceedings, the court held that the parties were not bound to negotiate.  That does not mean that all such provisions will fail: suitable drafting can make them effective.

The court in Wah explained that “In the context of a positive obligation to attempt to resolve a dispute or difference amicably before referring a matter to arbitration or bringing proceedings the test is whether the provision prescribes, without the need for further agreement, (a) a sufficiently certain and unequivocal commitment to commence a process (b) from which may be discerned what steps each party is required to take to put the process in place and which is (c) sufficiently clearly defined to enable the Court to determine objectively (i) what under that process is the minimum required of the parties to the dispute in terms of their participation in it and (ii) when or how the process will be exhausted or properly terminable without breach.”

The provision considered in Wah was “too equivocal in terms of the process required and too nebulous in terms of the content of the parties’ respective obligations to be given legal effect”.  In particular, there was no guidance in the provision as to the quality or nature of the attempts to be made to resolve the dispute.

Re Value Discovery Partners LP (19 April 2013) (see above) considered the enforceability of a provision that stated that the parties had to use their best endeavours to resolve any dispute for 60 days and could only refer the matter to arbitration after that period.  Although Bannister J. held that the dispute did not fall within the scope of the arbitration clause (see above), and so this point was ultimately not relevant, he would have upheld the provision as sufficiently certain to be enforceable.  In contrast to the Wah provision, the reference to “best endeavours” in the VDP provision gave guidance as to the quality or nature of the attempts to be made to resolve the dispute.

Joanna Dunne admitted as an Attorney at Law in the Cayman Islands
June 19, 2017