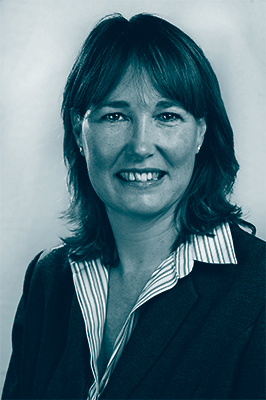 The Alternative Investment Fund Managers Directive (AIFMD) comes into force on 22 July 2013 and is the outcome of a G20 consensus for closer regulatory oversight of the alternative investment funds sector, including hedge funds, private equity funds and real estate funds. Once in force, the AIFMD will primarily affect EU-based alternative investment fund managers (AIFMs) and non-EU AIFMs managing EU domiciled funds. However, any non-EU manager looking to continue marketing their BVI or Cayman Islands investment funds to professional investors within the EU will also be caught and will need to comply with certain provisions of the AIFMD.

Until at least 2018 non-EU AIFMs of BVI or Cayman Islands investment funds will be permitted, subject to the national rules of each individual EU member state (applied on a country-by-country basis), to continue to market their funds to professional investors within the EU under the relevant private placement regimes. This is subject to the proviso that they comply with the transparency requirements and the reporting obligations under the AIFMD as well as (if applicable) the requirements regarding AIFMs managing investment funds which acquire control of non-listed companies and issuers. The following conditions must also be met:

On 30 May 2013 ESMA announced that it had approved regulatory co-operation arrangements to be entered into by the FSC and CIMA respectively (amongst others) with the relevant regulators of all 27 EU Member States as well as the relevant authorities in Croatia, Iceland, Liechtenstein and Norway.

Steven Maijoor, ESMA Chair, said “The approval by EU securities regulators of these co-operation arrangements is a significant step towards the successful implementation of the supervision of alternative investment funds by the July 2013 deadline, and their negotiation is a key achievement for ESMA in its co-ordinating role for EU securities markets. The agreements set high standards for co-operation on the supervision of cross-border alternative funds, thereby strengthening investor protection and the global consistency of supervision.”

These arrangements are a key component in permitting EU securities regulators to oversee the way non-EU AIFMs comply with the rules of the AIFMD. They are also a key element in ensuring continued access to existing national private placement regimes in EU member states beyond July 2013 as they allow for the requisite cooperation agreements to be signed by the FSC and CIMA with EU member state regulators.

Entry into such cooperation agreements is the final condition which the BVI and the Cayman Islands are required to meet before their funds may continue to be marketed to professional investors in the EU once the AIFMD comes into force. It should be noted however that member states are not obliged to allow such continued private placement marketing in their territories and at present it remains to be seen which member states will opt out post July 2013.

The Cayman Islands and the BVI both remain fully committed to fulfilling their international obligations, as demonstrated by the recent cooperation arrangements with ESMA, so as to ensure that they retain their current positions as preferred jurisdictions for the establishment of offshore investment funds vehicles.

Joanna Dunne admitted as an Attorney at Law in the Cayman Islands
June 19, 2017