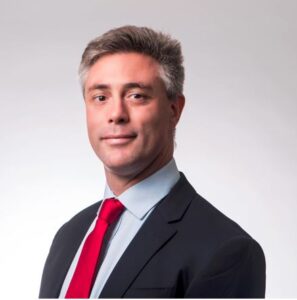 Richard is a litigation and insolvency partner based in Hong Kong, where he is a registered foreign lawyer.

Richard’s practice encompasses corporate, commercial, funds and trusts disputes, as well as contentious and non-contentious insolvency and restructuring matters. He is an experienced solicitor-advocate with higher rights of audience.  His experience encompasses disputes in several Caribbean Courts of first instance, and in appellate courts at all levels up to and including the Judicial Committee of the Privy Council.  He has significant arbitration experience in matters concerning (in particular) offshore companies and funds, including under LCIA, HKIAC, ICC and ad hoc UNCITRAL rules.

In 2021, Richard opened Forbes Hare’s Hong Kong office. Previously, he was based in the firm’s British Virgin Islands and London offices. He has also spent time working from the firm’s Cayman Islands and Singapore offices and has accumulated a wealth of experience assisting Asian clients with a broad range of offshore legal matters.

Prior to joining Forbes Hare in 2014, Richard was a Senior Associate in the Sydney office of top tier Australian firm Clayton Utz. During his seven years there, Richard acted in contentious matters for listed companies, banks, insolvency practitioners, high net worth individuals and government agencies.