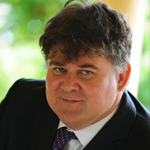 Prior to moving offshore in 2003, Christopher practised for 10 years as a barrister from leading chancery commercial chambers in Lincoln’s Inn, London. At the English Bar, he acted for a wide variety of clients in company, insolvency, commercial and trust matters and acquired considerable trial experience as an advocate. In particular, he advised and appeared in court in connection with liquidations, bankruptcies, voluntary arrangements, administrations and administrative receiverships.

Christopher subsequently continued his advisory and advocacy practice with leading law firms in the Cayman and British Virgin Islands. He has acted in some of the most significant matters to have arisen in these jurisdictions and is highly experienced in working within international teams dealing with cross border disputes.

Christopher was the author of the Cayman Islands chapter on insolvency and re-structuring in a comparative law work on the subject. He is the author of the BVI chapter in a book on the application of the UNCITRAL Model Law on Insolvency.

Immediately prior to joining Forbes Hare, Christopher was a partner in Harney Westwood & Riegels in the BVI. He is recommended as a leading lawyer in various international directories. Chambers Global comment “Regarded as an exceptionally able and very bright lawyer, he has a strong background in insolvency and an assertive style.”

Christopher is admitted to practice in both the British Virgin and Cayman Islands.